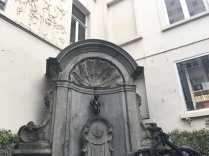 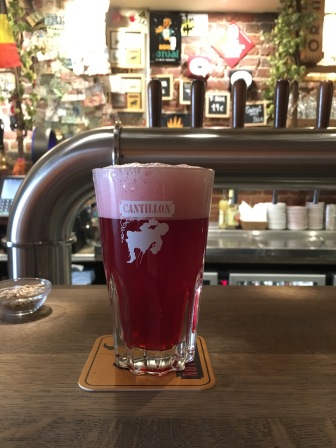 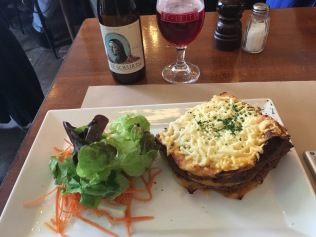 Brussels was on my must-visit list. I never made it to Belgium in college and knew I had limited time left in Europe, so I checked the budget airlines and scored super cheap tickets.

Before leaving for the country, I posted calls for beer buddies on Yelp plus my international beer drinkers Facebook group. No one replied. I worried quite a bit. How could I go to Belgium and try as many beers as possible without any helpers??

It turned out okay.

You see, the beer community might just be my favorite out of all social communities. It’s so easy to make new friends. You only have to be friendly and in a drinking establishment! I’ve lost track of how many friends and contacts I’ve made through the mutual enjoyment of suds.

But backtracking a bit:

I arrived in Brussels just one day after returning to Prague from Edinburgh. I was pretty tired and didn’t do much that first night.

The next morning, I woke up and found a cute little brunch spot near my hotel. I had an organic/healthy/fancy cheese waffle topped with a poached egg. It couldn’t have been more hipster cliche if I tried. It also turned out to be the only waffle I’d try while in the country. Whoops.

I then walked over to Moeder Lambic, per my friend’s suggestion. I figured I’d have a low-key day and then do Cantillon the next day. Unfortunately on my third beer I found out my plan was stupid. The bartender told me Cantillon would be closed the next day (Nov. 11) due to the national holiday. Another whoops.

Slightly tipsy, I got my check and walked straight down to the brewery. The afternoon was still new, so I knew I had a few hours at least until their 5 PM closing.

I arrived — after walking past the entrance twice because I am indeed me — and requested a self-guided tour. For 7 euro, you get free access to their brewing operation and two samples. How cool is that??

I spent a long time exploring each room with the help of my guide pamphlet before heading to the tasting area for my samples. I asked about Zwanze Day bottle availability and was told it was drink-in only…and one of their typical-sized large format bottles. I only panicked for about two seconds until the guy standing at the bar about to order his next beer offered to split it with me. Woo-hoo!

I ended up spending the next couple hours sharing bottles and chatting with four American guys in the tasting area. It was so fun! One of them even helped me drop off my box of bottles and we visited Delirium…and Moeder again.

The next day admittedly I was pretty out of it. But it was okay. As I walked around the city, I realized nearly EVERYTHING was closed for the holiday. I even mean the basic international clothing brands like H&M. I could, however, visit churches.

My day was generally boring and nothing to speak of. I spent most of it sleeping.

The next day, I stored my luggage at the hotel and set off to try a well-known Belgian restaurant before departure. I was early so I toured around the city a bit — stopping at the world-famous Manneken Pis. JK – it’s dumb.

At opening time, I walked up to Nuetnigenough and asked if they were seating anyone yet. They told me to come back in 10 minutes, which I did…to find the restaurant half full. Fortunately the guy remembered me and seated me. Within half an hour, there was a full bar and entry area of patrons waiting for tables.

Nuetnigenough is certainly a must-visit eatery but go right at opening or an off-peak time if you want to avoid a long wait. Their food is phenomenal and the beer selection exquisite and rare. It’s a Belgian beer lovers heaven! A perfect way to end my brief yet exciting time in Brussels. 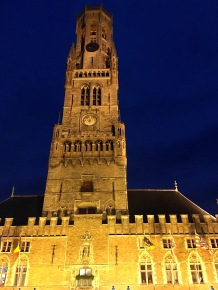 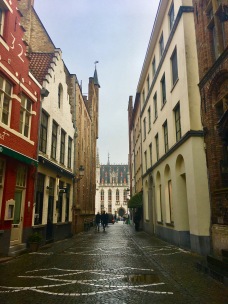 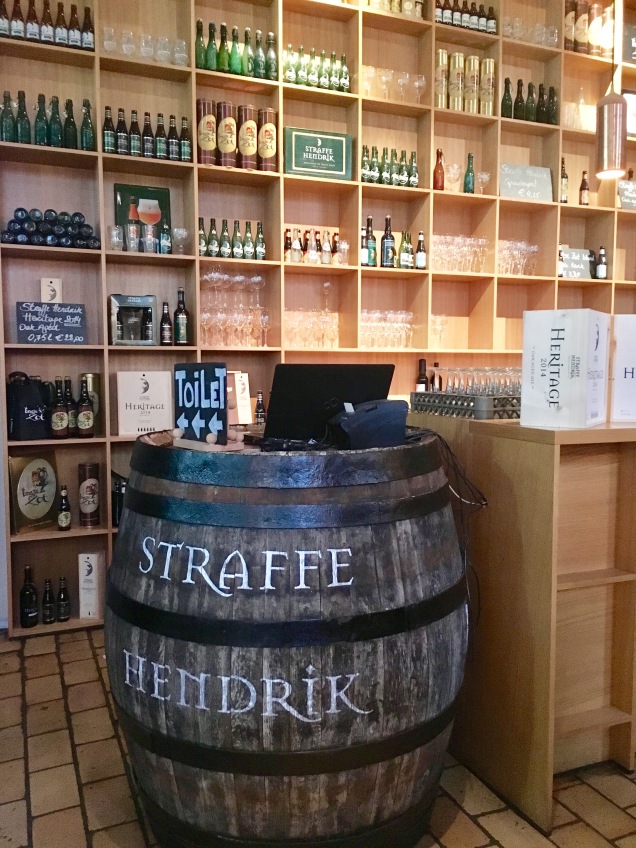 It didn’t take long by train to access Bruges (Brugge). Located in the Flemish region, this city is idyllic, beautiful, and touristy to the extreme. I was told I’d love it there, but I hate to say I really did not.

As a solo traveler visiting in the late fall rainy season, I found the city cold and isolating. I’m sure I’d feel differently if I had been with other humans during better weather conditions. Even at the pubs and local brewery when I’d try to speak to people, they were all tourists in packs so they had their own agendas. Ah well. Live and learn. My new mantra, apparently.

I did love the hidden spot with the incredible tripel. It wasn’t far from the main town square but was quite hard to find. Somehow it was easier for me to locate than Cantillon though!

They also have excellent chocolate at De Burg — a rec by one of my friends who had visited before. The brewery tour is also a must.

I’d say allot maybe two days to Bruges, especially if traveling alone or in the off season. This city would be great to view by bike. I’d like to return one day.

After a couple nights in the small town, I set off for Amsterdam. Even though I was only there a short 24-hour period, it deserves its own post. Coming soon!